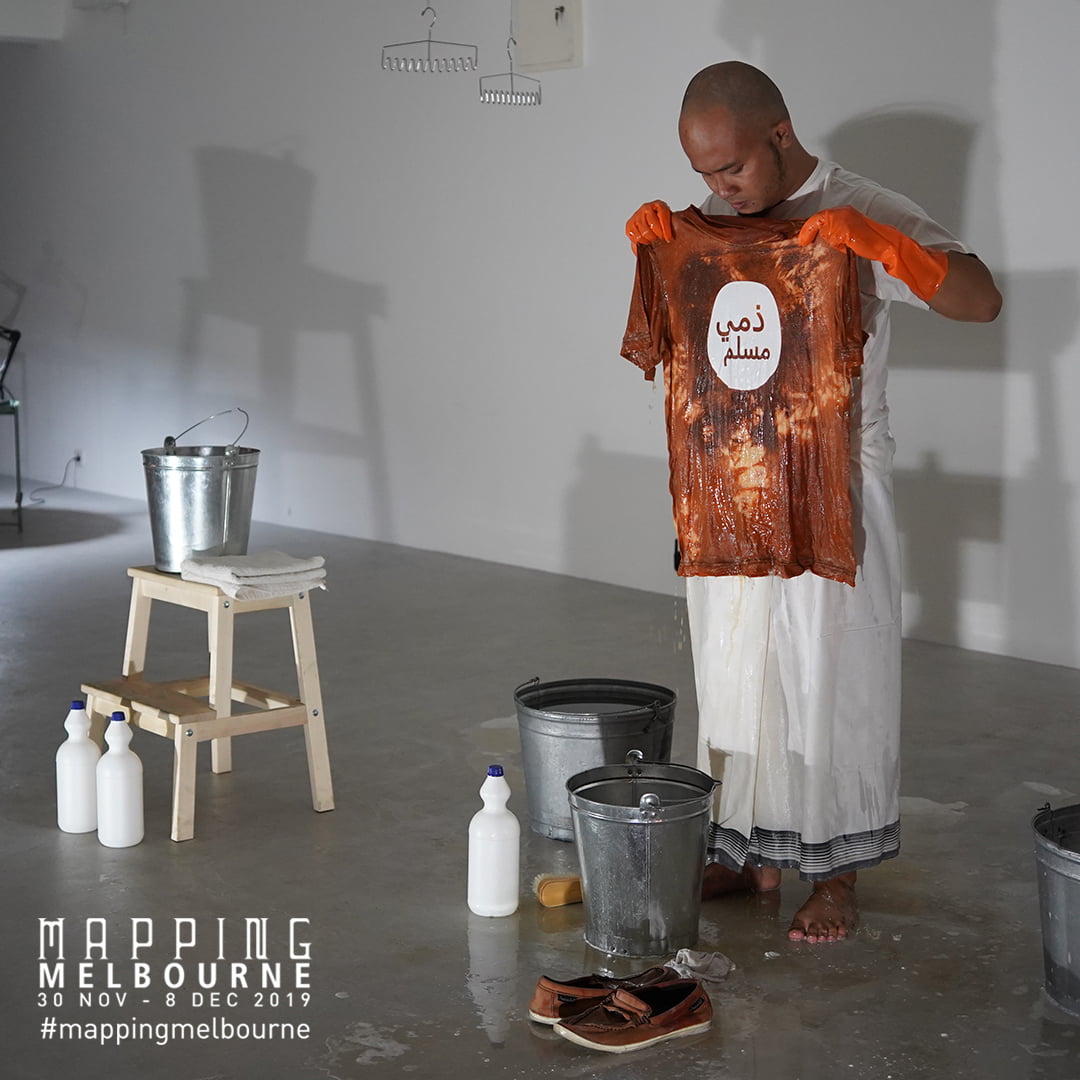 Ana Muslim (‘I am Muslim’) by Angga Wedhaswhara is an exploration and discussion on being a ‘Muslim’. Originally performed in Indonesia, the largest Muslim nation in the world, Angga explored the growing dichotomy between those who are practicing orthodox Muslims and those that support Pancasila, the official foundation of philosophical theory of Indonesia that supports diverse culture and religions.

Angga grew up with a Nahdiyin (orthodox Muslim) mother and nationalistic father, and his practice explores the concept of Muslim Dzmmi, a peaceful compromised position for Muslims that are not living in a shariah country. Recent global events surrounding this topical issue provide fertile ground for this discussion with a hope to create a better understanding within the global community.

The event will consist of an interactive performance & an open discussion.